If you're taking your cat in to be spayed or neutered, you might have heard that veterinarians sometimes perform a secondary surgical procedure called ear tipping. If you're wondering what this procedure is and whether your cat will have its ears tipped during its neuter or spay surgery, read on to learn more about this procedure.

What Are Tipped Ears?

The term ear tipping refers to taking a small portion of a cat's ear off, or making a small incision into the ear, giving the appearance of a notched ear. Ears are tipped while a cat is under anesthesia from being spayed or neutered, so they don't feel any pain while the procedure is being performed. Cats are also typically medicated with enough pain killers so they won't experience any discomfort following the procedure, so they may never even notice that their ear has been tipped.

Why Are Ears Tipped?

Ear tipping is a form of signaling to animal professionals as well as people caring for feral cats that an animal has been spayed or neutered. In many communities, animal control allows cats to roam so long as they've been fixed so that they're not adding unwanted kittens to the homeless cat population. Having a tipped ear lets any professional cat trappers know that the animal should be released, rather than brought in to the animal shelter.

In addition, many people volunteer their own time to help spay and neuter homeless street cats. In these instances, volunteers will set out traps for animals to bring in any they catch to be spayed or neutered and released back into the local population. They can also recognize the ear tipping as a sign that they don't need to try and bring in the cat they've just caught.

Should Your Cat Have its Ears Tipped?

If your cat is allowed to go outdoors, having its ears tipped can help to signal to others that it's fixed. However, it isn't necessary for pets to have their ears tipped. If your cat has been microchipped, you may be able to add an additional field of information onto its microchip alerting veterinarians and animal control - should they catch your cat - that your cat is not only owned, but has already been spayed or neutered. In the end, it's each pet parent's choice as to whether or not they choose to have their cat's ears tipped.

Ear tipping is a minor surgical procedure that doesn't induce any serious pain or additional recovery time. If you have a stray cat that needs to be fixed, talk to veterinarians at clinics like Coastal Carolina Animal Hospital about opting in for ear tipping while they're under anesthesia. 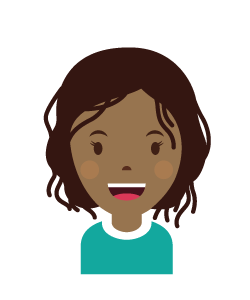 Individuals who own pets or livestock often need the services of a veterinarian. Some vet clinics only treat cats, dogs and small animals. Other clinics will also treat large animals including cattle and horses. People who own exotic animals or reptiles can visit a veterinarian to treat their unique pet. My name is Ramona Geffen and I grew up on a farm where my family owned livestock and various pets, so it was common for my family to frequently seek the services of a veterinarian. As a child, I liked to watch the veterinarians at work and I was amazed at the knowledge they had about animals. I've always been in awe of veterinarians and I've took it upon myself to learn about all they do for animals. I decided to write a blog about veterinarians to share what I've learned and I hope that you enjoy my articles.

Provide Your New Kitten With The Care He/She Needs
5 May 2018
Adopting a kitten can be rewarding and life-changing. No longer will you be worried about coming home to an empty house or feeling unneeded. After cho …

Post-Wildfire Horse Care: Never Assume A Horse Is Fine
18 March 2018
A wildfire doesn't have to be near a stable to cause problems for the horses there. Even after a fire is out, there can be lingering problems that aff …

Your Cat Has A Drinking Problem: Feline Kidney Disease
21 December 2017
Like all animals, cats need water in order to survive. Sometimes, pet owners misunderstand their cats drinking copious amounts of water as a good thin …